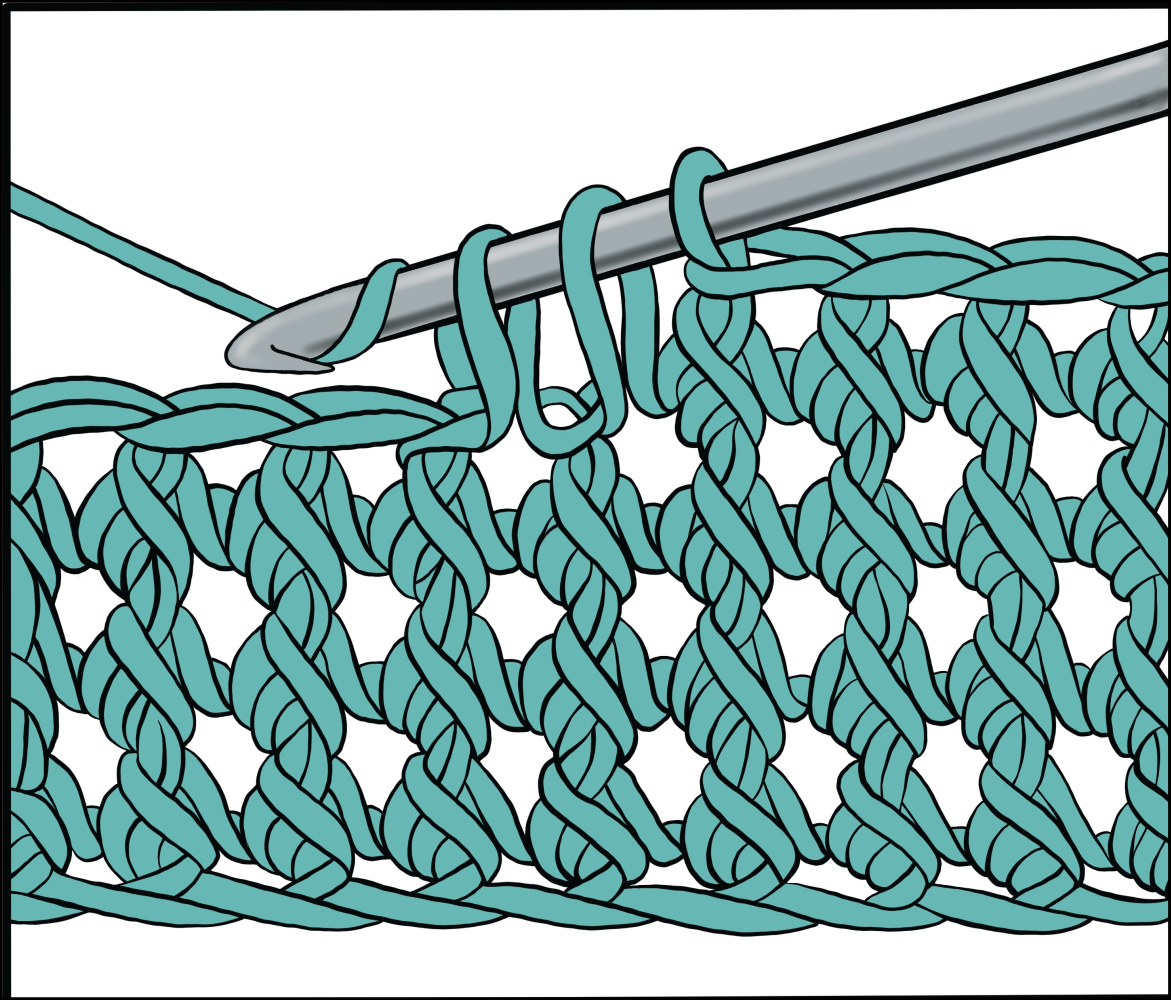 In this article, we provide more detailed information about the crochet technique and give you an idea of how to start your learning.

Crochet is rather simple. Besides, this technique is very flexible. It allows producing fabric in several directions without any additional operations for joining separate pieces and, therefore, without any extra seams.

Moreover, crochet can be quickly done in a circle. While circular knitting requires the use of cable needles or a particular set of needles, crochet, both back-and-forth and circular, can be carried out with the same tool.

Back-and-forth crochet: after all stitches in a row have been knitting, the work is turned to the other side (back) so that the last stitch of the previous row becomes the first stitch of the following row. The fabric has two edges. These edges are used to join (sew) pieces together if there are several of them in the article.

Circular crochet: after the first row has been completed, it is closed into a circle, the working yarn is pulled through the first stitch of the first row so that a ring is formed. Then, the fabric is built up spirally, and the work always faces you with the same side.

Circular crochet is used to make seamless articles. All pieces are formed one by one or simultaneously, as a single fabric.

Since only one stitch (seldom a few stitches), instead of all stitches at once, is in work when crocheting, the rather stiff (non-elastic) yarn can be used for crochet. For example, bags or hats require framing to be able to keep their shape. There are particular types of thread for this purpose. But it is quite tricky to use the yarn for needle knitting: there are a lot of stitches in work at the same time so that the fabric is not elastic and does not allow moving it smoothly along needles.

Besides, since we have only one stitch in work, crochet can be used to make large articles such as wraps, covers, etc. In this case, it does not create a heavy load on your hands as when knitting.

We have mentioned some advantages associated with the use of elastic yarn for crochet, but some related limitations should also be remembered. There are some kinds of a thread which cause difficulties when used for crochet and are much easier knitted with needles. These include boucle yarn, yarn with sequins, fancy yarn (with various nubs, elements of other thread, small pom-poms, etc. placed on the yarn). It is due to the specific feature of crochet techniques: each time you make a stitch, you pull the wool through the fabric. If there are any nubs on the thread, they will hinder the formation of the loop. When knitting with needles, it is not the case because when forming a stitch, a yarn is pulled through a stitch of the previous row instead of the fabric. The size of the loop is more prominent than holes in a crocheted fabric, so bumps on the yarn do not impede knitting.

It should also be noted that it is somewhat tricky to crochet loosely twisted yarn. As a rule, yarn consists of several threads twisted together. Wool can be wrapped tightly or loosely. It is difficult to deal with loosely twisted yarn when crocheting: the crochet hook head can slip between threads, grab separate threads instead of the entire yarn. This can spoil the look of the fabric.

To learn to crochet, you need to master the technique of performing two elements:

There are numerous ways of making crochets: slip stitch, single crochet, double crochet, treble crochet, etc. titches can be made in different manners by grabbing the fabric differently. Several crochets can be formed from a single point of the material. Crochets can be alternated with chain stitches in any order. This allows obtaining numerous patterns forming the look of the fabric: openwork or dense, elastic or non-stretchable fabric.

For a better understanding of crochet technique, we recommend you to crochet small swatches using a different yarn and different methods of forming crochets to see how different fabrics will look and to feel all details with your own hands.

We recommend to start with smaller articles consisting of a few pieces and gradually proceed with more significant things.

Have a nice trip to the world of crocheting!